Every organization admits that the statistics below are probably low and could be as much as double the amounts shown.  This is especially true of the statistics on children, as there are between 20 to 40 million undocumented children born every year.  Also, many of the statistics are outdated, and thus most of these satistics have increased.

10 million - Children who die of starvation each year (UNICEF 2006)

India ranks number one in almost every category in total numbers, and often in percentages as well.

There are more orphans on the streets of St. Petersburg now than in the aftermath of WWII. 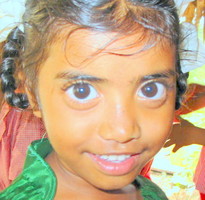 For only $30 you can rescue 6 children and feed them for a month. ALMs is able to accomplish this because we only partner with effective low cost organizations and ALMs has minimal administrative fees. Our final cost to feed a child is considerably less than the average organization.We can make your donations be much more effective.